Hello everybody! I have another fun one for y’all today, Joel and Ethan Coen’s spy black comedy Burn After Reading.

Burn After Reading is one of the most popular and well known Joel and Ethan Coen films. Burn After Reading is a spy black comedy starring Francis McDormmand, Brad Pitt, George Clooney, and John Malkovich. We follow … (McDormand) a woman who works at Hardbodies gym and is obsessing with self image due to a midlife crisis. Her coworker (Pitt) finds the memoirs of (Malkovich) and tries to sell it as blackmail. All just to make enough morning for selective surgeries. As part of her new image, … Sleeps with … (Clooney). 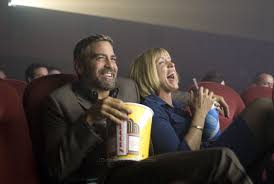 Burn After Reading is one of my favorite Coen Brothers films. The film is hilarious in the fact that none of the characters really know that they are interconnected, but the audience sure as hell knows. All of the characters interact on their own accord, but known of them really know the bigger picture. All of the main casts performances are hilarious and I just love to watch them over and over.

While I love watching Burn After Reading very much, there are a few things that bug me. Francis Mcdormmand is irritating as shit. She plays the part well, but her character is annoying as shit. The secondary casts’ performances were horrendous too. It makes me cringe every time I watch it.