Hello everybody and welcome to my review of this weeks NXT. NXT is a program that show cases the up and coming talent in the WWE’s developmental system. Before we begin I would like to apologize once again for this being late, but for also skipping over Monday Night Raw. I actually missed Raw this week and sadly that means there will be no review for it, but anyway lets get started!

We start off the night with the Tag Team Champions! We are introduced to yet again another team of jobbers. I can’t praise NXT enough for there fantastic Divas Division or there roster full of talent, but its there Tag Division that falls short. I honestly cannot think of another Tag Team in the NXT Tag Division, right now I really believe The Ascension (c) is the only team in the division! Anyway though The Ascension makes quick work of the jobbers with honestly nothing to memorable.

Rating- 3\10: Yet another team of Jobbers for Conner and Victor to feed on. NXT needs more Tag Teams, because it does not matter how great the team of The Ascension is, its going to get boring rather quick to just see them face jobbers with names every week! Maybe at NXT: The Arrival a team from the WWE can come down and challenge The Ascension for the Tag Belts. Doesn’t have to be a top team like The Usos, but maybe 3MB isn’t doing anything that night!

Emma looks to continue her dominance as she takes on The Leader of The BFFs (Beautiful Fierce Females), Summer Rae. These two have had a little bit of a rivalry on the WWE main roster, but its on NXT where we can see these two finally face off and not dance off. At first the match was kinda sloppy, and than in the middle it was pretty slow as it felt like Summer had a headlock locked in for at least 10 minutes, but towards the end of the match Emma was able to lock in the Emma Lock and defeat Summer Rae! Look out Paige (c) because at NXT: Arrival Emma may just be the new NXT Women’s Champion!

Rating- 5\10: The match wasn’t too impressive, but its far better than any match you’d get on the main roster. I kind of feel bad when one of the women from NXT is taken and turned into a WWE Diva on the main roster. We know Natalya, AJ Lee, Summer Rae, Naomi and all the other Divas can wrestle, so why are they not aloud to show off those skills? I don’t want to go on a tangent so I’m just gonna cut it short. Tonight Emma gained even more momentum as she heads into NXT: Arrival to face Paige (c) for the Women’s Championship, and she looks to walk out of NXT: Arrival the new NXT Women’s Champion!

Price Pretty expresses how he can’t let Neville win the NXT Championship, because if he does than Neville will be the “Face” of NXT and Breeze cannot let Neville’s face represent him. A very well done promo done by Tyler Breeze as he not only stays in character, but he is able to make his character look like a big deal, and that is what impresses me most about Tyler Breeze. He has the pretty boy character, but isn’t made to look like a jobber in his matches!

Young sits down and has an interview with both Zayn and Cesaro before there match at NXT: Arrival, and just to make sure the interview doesn’t end in a brawl, if Sami Zayn puts his hands on Cesaro he will never get another shot at the NXT Championship, and if Cesaro is to put his hands on Zayn than he will lose his spot in the WWE World Heavyweight Championship Elimination Chamber Match! The Interview saw Cesaro speak for Zayn, until finally Zayn got fed up and called Cesaro out saying he is trying to make this match personal, than goes on to say they were past personal and the only thing personal between the two in the business that he takes very personal. A nice way to promote the match between the two, there not the best on the microphone, but they got the job done!

Emma is given a short interview where she promotes her match with Paige (c) at NXT: Arrival. Emma is so goofy, she looks out of place when doing an interview, its like she isn’t interested in the interview and just wants to do her thing, which I have no problem with!

These two have faced off before and did not disappoint, and tonight was no exception as they stole the show again. Neville is looking to gain as much momentum he can, as he is set to challenge Bo Dallas (c) in a ladder match for the NXT Championship at NXT: Arrival, but standing in his way is Tyler Breeze, who does not want a man who looks like Adrian Neville, to represent him as “The Face” of NXT. The match was back in forth, we saw Breeze in control early on, but than Neville took over, and he took in to Breeze. Several hard hits connected, and Neville showed everyone why he is called “The Man Who Gravity Forgot” as he hit Breeze with many high flying maneuvers. At some point Breeze hit a clutch super kick, that looked like it was going to get him back in the match, but it wasn’t enough as Breeze hit the beauty shot and Neville was able to get Breeze to stay down long enough so he can hit a beautiful Red Arrow to pick up a much needed win!

Rating- 8\10: The stole the show here tonight! Tyler Breeze and Adrian Neville have great chemistry in the ring together. We also got to see a new, more aggressive side of Breeze here tonight, which is great because Tyler needs it if you ask me. No question though that Neville needed the win here as he heads into NXT: Arrival to challenge Bo Dallas (c) for the NXT Championship!

Neville gets on the mic, but is quickly interrupted by Bo Dallas (c). Dallas comes down and says that he is impressed about how far Neville has come, and makes it well known that the ladder match between himself and Neville is a big deal. Neville goes on to agree with the Champ, and than states that he used to think Bo hated him, but now he knows that Bo doesn’t hate him, he fears him. Neville than dares Bo to hit him, and it looks like Bo is going to as he takes of his jacket, takes on the NXT Championship, and unbuttons his shirt, but than he just gets out of the ring. A Nice little stare down between the two as they set off the face each other in a ladder match with the NXT Title on the line!

Superstar of the Night- Adrian Neville

Neville once again is the superstar of the night! This was a close one, and I almost made it a tie, but Neville truly had a better night. Breeze gave an excellent promo and even had a great match with Neville, but Adrian was able to not only pull out the win, but get the last word on Bo Dallas (c) as he picks up more momentum heading into his Ladder Match against Bo Dallas (c) for the NXT Championship at NXT: Arrival! 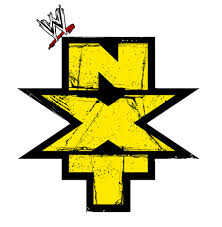