We are treated to a nice segment where Triple H welcomes us to NXT and says the future begins here. Than we are treated to a new video package for the show. I kind of hope this doesn’t replace the old package just because I liked the theme.

I originally thought this was supposed to a two out of three falls match, but I found out that it was just a one on one match. Despite that it was just a one on one match it did not disappoint! Cesaro and Zayn put on one hell of a performance tonight! We watched Cesaro dominate Zayn through out majority of this match! but Zayn looked good getting his ass beat. He took everything Cesaro dished out to him! Cesaro hit many high profile moves, and many hard hitting European Uppercuts, but Zayn took it all and manged to look good in defeat! Cesaro ended up getting the victory after hitting a stiff uppercut and followed it by lifting Sami up for The Neutralizer!

Rating – 8\10: It may not have been better than their previous match ups, but it was still a great match. Cesaro looked so strong in there that in all honestly if felt like Zayn did not belong in the ring with him. Despite this Zayn manged to show how great his resiliency is and even almost defeated Cesaro on numerous occasions! The fact the the match was honestly one sided through out the entirety of it is the reason for its grade, but tonight the WWE Universe got a taste of how great Sami Zayn actually is. Zayn may not have been able to defeat Cesaro tonight, but he did end up earning Cesaro’s respect and the respect of myself and the WWE Universe.

A video is shown hyping Mojo Rawley! A nice little video that showed of Mojo’s character and telling us all that He doesn’t get Hype! He Stays Hype! It makes sense that we may see a few video packages for some of the NXT Superstars, since not everybody can get on the card!

Well look who proved me wrong, just in the previous statement, I said not everybody can get a match on the card of Mojo Rawley’s video package, and it turns out he is in action next against CJ Parker, who just recently turned Heel (Bad Guys in Wrestling.) The match up itself was decent. Nothing to impressive, just the basic stuff we have seen from both  men. It was nice to see this new aggressive side of CJ Parker, as he was in control majority of the match up. I really feel like the heel turn is what CJ Parker needed. Mojo though proved to be to much for CJ, as he Hyped himself up enough to hit they Hyper Drive on Parker for the three count!

Rating – 5\10: It was nice to see both men on the card here tonight. I was hoping CJ would of done something great in this match, but the most I saw out of him was a few punches and kicks. I will say though I do enjoy this new aggressive side of him, but I feel like his best way for him to get his character on the road is on the mic. Mojo on the other hand is still very green in the ring, but that can be fixed. I saw if Mojo loses the bit of extra belly fat and improves in the ring, than he will be very successful not only in NXT but the WWE main roster!

So to correct my self from earlier. It looks like these video packages are just going to be used as a way to the WWE Universe to familiarize themselves with the NXT Roster! Before the video package is shown, we see Emma getting ready for her match against Paige (c) for the NXT Womens Championship tonight! The package did a great job of not only showing of Emma’s character, but her in ring work to. The Emmalution may begin tonight!

After we are treated to the Emma video package, we are than shown a package hyping the NXT Tag Team Champions, The Ascension (Conner O’Brian & Rick Victor) The package really showed off how hard hitting the champs are, but didn’t show off the characters at all!

The Ascension now have a new theme song, and it was announced during there entrance that they would face a mystery team here tonight during the pre show (I sadly missed the pre show.) and their mystery opponents turn out to be former WWE Tag team Champions Too Cool! Just like The New Age Outlaws (c) Too Coll! Seems to have taken the never aging pill as they look to win the NXT Championships here tonight! The match itself was entertaining. I’m not sure if Grand Master Sexay can still wrestle anymore, because the entire time he was in the match, he got beat up. It was Scotty who shined tonight, as he looked like he has not aged a bit. He kept up with Rick Victor and even provided Victor with a challenge. Scotty was looking to hit The Worm on Victor, but Victor pulled Scotty down onto the ropes. It was there when things began to fall apart for Too Cool! Conner raced into the ring and took Sexay out, and Victor hit a huge clothesline on Soctty. This set Scotty up for the fall of man and the three count, as Conner pinned the former Tag Champ to retain The Ascensions Tag Team Titles!

Just as we saw with Emma, we see the NXT Womens Champion getting ready to defend her championship against The Bubbly One, but first we are treated to an excellent video package that not only perfectly showed of Paige’s character, but also her in ring skills. This is a a package you would see shown for a debuting WWE Superstar, witch makes me think Paige may be getting called up sooner rather than later!

We are treated with an appearance by Stephanie McMahon! A nice appearance if you ask me, Steph really adds the big match feel to this match! Stephanie talks about how tonight is a historical night, because Wrestlemania 30 is not the first live broadcast of the WWE Network, It’s NXT Arrival! She than says tonight we will see the future of the WWE Divas Division! This match was just great! These two women went out there ad put some men to shame, because they showed them up. Emma controlled the majority of the match keeping Paige grounded and even hit a huge Power Bomb on the champion! but Paige fought back and was able to hit The Paige Turner on Emma, but for the first time ever someone was able to kick out. Paige responded quickly, as she locked in a submission move I’ve never seen before, The Scorpion Crosslock and she forced Emma to tap out!

Rating – 8\10: Tonight these two women went out there and produced a match, that in my opinion was just as good as Cesaro on Zayn. We got to see that side of Emma that the WWE won’t let us see on the main roster. We saw that both these women can put on a great match, if given the time. Paige debut some new in ring music, so I have a hunch that the NXT Womens Champ will be making her way to the Main Roster. I just hope the WWE doesn’t screw up on Emma or Paige, because if you need proof that the WWE & NXT Divas can put on just as good as a match than the boys, than I suggest you watch this match, because it is the perfect example of how great the Divas Division could be!

The match never got started, because as the two were about to face off, the music of Alexander Rusev played. Rusev along with Lana headed down to the ring, and Breeze and Woods attempted to work together to take down Rusev, but the Bulgarian Brute proved to be to strong as he overpowered both men, and took them both out. Lana than proceeded to tell us the Rusev is the NXT big superstar, and Rusev added something in his natural language!

Rating – N/A: I can’t really rate a match that never happened. Tonight was not about Xavier Woods, it was not about Tyler Breeze, it was simply about Alexander Rusev! As much as I don’t mind Woods being thrown to Rusev, but I’m not sure how I feel about Breeze. Prince Pretty is quickly making a name for himself in NXT as one of the most popular superstars, and tonight he was made to look like nothing! but WWE seems invested in Rusev, and tonight it was necessary that Breeze and Woods lost to Rusev! Rusev is on the rise, and looks to make a big impact once he join the main roster!

We see the NXT Champion warming up for his Ladder match against Adrian Neville tonight, and than we are treated to an excellent Video Package for Bo. This package showed of how great he plays his character, and it even hyped up his title macth against Neville tonight!

and for the last time of the night we are treated to a nice, but short video package hyping the main event of the night. We get a brief glimpse of the history between these two, but not enough. They both do stress thought about how this will be the first time both of them have ever competed in a ladder match!

Ladder Match for the NXT Championship

Before either competitor comes out, first WWE Hall of Famer Shawn Micheals heads to the ring with the NXT Championship! Shawn talks about how honored he is to here tonight, and talks a little bit about his experience in the ladder match, before of course trying to sell us his new DVD! Than we have the match. The match itself was great. These two for being in the first ladder match, really did well. They didn’t rely on the ladder on that is what I liked the most. In the beginning on the match we got to see the two actually wrestle a bit, before we saw the ladder introduced, and once it was these two took it to each other! Knocking each other off and even using it as a weapon! At one point Neville hit The Red Arrow on Dallas, as he laid on the Ladder. Towards the end of the match we saw these two battle on top of the ladder, but Neville was able to finally pull the title down to end the title reign of Bo Dallas, and start his own reign as the New NXT World Champion!

Rating – 7\10: These two rivals put it all out there! They put on a great ladder match for it being both their first time in the match. We saw back in forth action between the two, but tonight was Neville’s night. I only wonder if Dallas will follow in the foot steps of the two former NXT Champions, Seth Rollins and Big E, and make his way to the Main Roster to! But tonight is not about Bo Dallas, tonight was about Adrian Neville as he looks to lead NXT in the future!

Superstar of the Night- Adrian Neville 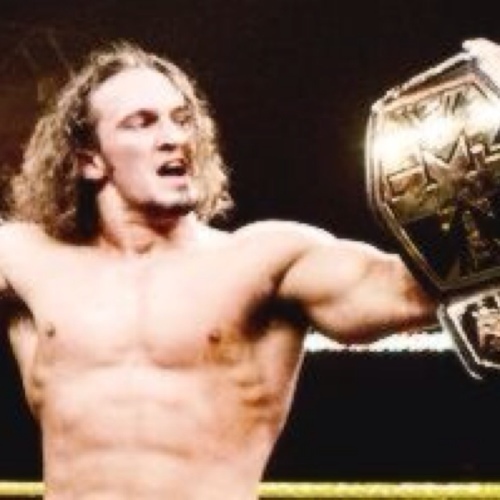