Hello everybody! Sorry for the wait, as we have been very busy behind the scenes optimizing your experience! This time around we have the film featuring a CIA funded film known as Argo. 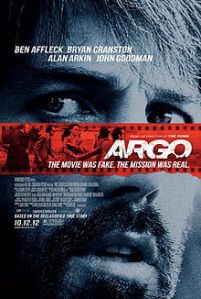 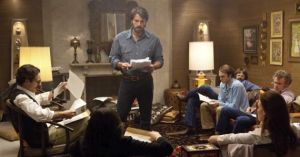 In 1979, the American embassy in Iran was invaded by Iranian revolutionaries and several Americans were taken hostage. However, six managed to escape to the official residence of the Canadian Ambassador and the CIA was ordered to get them out of the country. With few options, exfiltration expert Tony Mendez devised a daring plan: create a phony Canadian film project looking to shoot in Iran and smuggle the Americans out as its production crew. With the help of some trusted Hollywood contacts, Mendez created the ruse and proceeded to Iran as its associate producer. However, time was running out with the Iranian security forces closing in on the truth while both his charges and the White House had grave doubts about the operation themselves.

Damn Ben Affleck, you just keep moving up on my favorite actor/filmmakers list. Argo is a fantastic film, I just wish I had seen it sooner. I want to give a shout out to both the main and supporting cast, as they breathed life into characters that could have been rather two-dimensional and merely textbook. The story is in fact fascinating as well, since I didn’t know much about CIA cover missions yet they absolutely enthralled me. Damn it Affleck, why can’t you make a bad film? Oh wait. Gigli. Nevermind…forget I said anything. 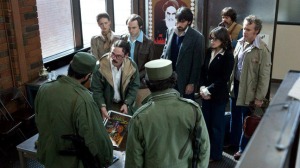 I don’t have many gripes with Argo, as overall it is a pretty decent film. I just have to say, the film suffers from what I like to call “first act-itis”. The film does a fantastic job setting up the overly interesting characters and setting, but it hinders the time flow throughout the film. Argo is incredibly slow, as it feels like it takes forever to get up and get going. The actual operation, which is based off of the real life CIA operation, known as the Canadian Caper, doesn’t even start until almost the hour mark. Regardless, Argo is a fantastic film that any thriller fan will enjoy.