Hello everybody! It is time to dive back into the world of Hetalia with the newest OVA series in the franchise, Hetalia: The World Twinkle.

NO. OF EPISODES: 15 Episodes

The main storyline’s events occur during World War II, but the vast majority of the comics take place during other historical events, modern holidays, or at no specific time whatsoever. The series often uses satire and light-hearted comedy to reinterpret well-known events as well as less common historical and cultural trivia. Historical, political, economic, and military interaction between countries is generally represented in Hetalia as social interactions and misunderstandings between the characters.

Oh Hetalia, how have we missed you. With fifteen episodes running at five minutes each, it is impossible to give every character the exposure for the audience to fully grasp the humor they present. The staff was left in a pinch to take the risk of showing them all or to play it safe to focus with the main characters. The Nordics are interesting but their presence in the series is pretty much introductory. We also get to be introduced with Canada but his ‘Who-is-he’ joke has long overstayed its welcome even before that episode. The main trio (Japan, Italy and Germany) and the Allied were mostly relegated to the sidelines. Prussia never gets out of his pompous behavior which is likable but makes the viewers wish that he gets more than that role. 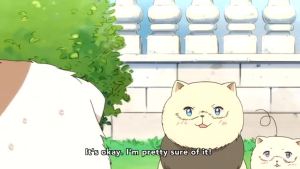 As a fan, I really don’t want to point out the cons of Hetalia, even though I know it is completely flawed. The biggest flaw is by far its story, as there is still no major over-arching stories. Hetalia always excels when it does not tame itself. Historical parodies and racist remarks have been always its forte which can range from hilarious to WTF effect. However, the jokes this time can forge a smile at best and indifference at worst. I cannot remember many moments which caused me to chuckle uncontrollably. Sorry The World Twinkle, try again for season 7.