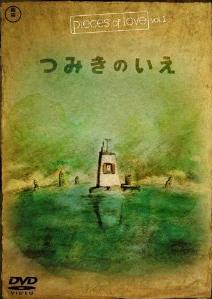 As his town is flooded by water, an aged widower is forced to add additional levels onto his home in order to stay dry. But when he accidentally drops his favorite smoking pipe into the lower submerged levels of his home, his search for the pipe eventually makes him relive scenes from his eventful life (including his time before the flooding began).

Now, here is definitely an odd ball of a film. I found this short hidden in my Netflix queue…and I am not sure what to think. The animation style is actually really well done, as I feel that it does a fantastic job providing an authentic hand drawn experience. The story is also rather interesting, especially once you analyze it just a tad to make sure you aren’t missing anything. I definitely understand why this short won so many awards.
As for the downside, there are a few definitely drawbacks to watching this short. One, the length is a problem. While the team behind it completely surpasses my expectations of what could be accomplished in 15 minutes, it could easily turn a number of people off. Also, while the story was interesting, I found my self fighting off boredom as I watched it. Go into this short without any expectations and you will enjoy yourself. 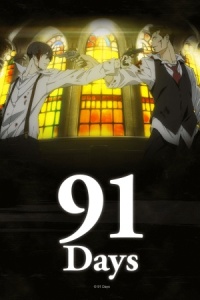 NO. OF EPISODES: 12 Episodes

I’m too emotional for this.

The story is set in the town of Lawless, Illinois during Prohibition, where brewed liquor dominates the black market. Angelo Lagusa, a young man whose family was murdered in a mafia dispute, seeks revenge against the Vanetti Family, particularly its don, Vincent Vanetti. After seven years in hiding following the night of the murder, Angelo receives an anonymous letter from a friend of his father’s, prompting him to return to Lawless and exact his revenge. Under the name of Avilio Bruno, he begins to infiltrate the Vanetti Family by slowly befriending the don’s son, Nero. However, in this dramatic 91-day story, revenge breeds revenge, and killing may yield drastic consequences. How will Angelo Lagusa and Nero Vanetti fare, in this tragic harvest field that they have only begun to sow?

Now I am going to let you know now, 91 Days is definitely not a slow-burner. 91 Days starts out pretty damn violently, as Angelo (or Avilo if you prefer) watches as his family is murdered in front of his eyes. Nice way to start right? Anyway while there are only a few moments that it has to slow down to show compassion it tries not to lose any steam as it powers through 12 heavy episodes. Angelo’s and Nero’s characters are written very well, as I actually enjoyed their struggle/battle against each other. I would also like to praise the writers, as they did some fantastic world building. I really felt like it was Prohibition, and I could use a drink.

In my eyes, 91 Days is up there with the beat from the late summer and early fall season. Despite this, 91 Days didn’t utilize their side characters enough to actually make me care when they died. The only exception to this is Corteo, as it was genuinely saddening when he his time has come. He didn’t even want to get involved with the Mafia and he ended up as collateral damage. Rest in peace Corteo, as your reputation will live on in “Lawless Heaven”. 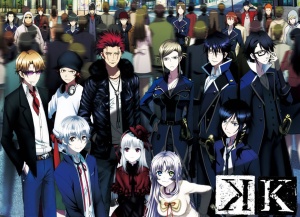 NO. OF EPISODES: 13 Episodes 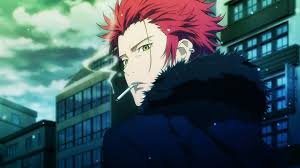 Yashiro Isana has lived a relatively ordinary, simple life. He lives in the technologically advanced Shizume City and attends Ashinaka High School, a notable high school that is located on an island just outside the areas. Yashiro is friendly with everyone. Nothing seems wrong about him, except perhaps his habit of forgetting where his school­issued PDA is. However, nothing normal has been happening since the recent murder of Tatara Totsuka, prominent member of the infamous HOMRA. No one knows who exactly killed him but the man responsible bears an uncanny, identical appearance to Yashiro. Seeking vengeance, the Red Clansmen of HOMRA set out to get Yashiro and kill him. Everyone suspects that Yashiro is the murderer.

Ah K, I finally was able to finish you. This series has been on my radar for a while, mainly due to the numerous AMVs that my friends keep making and sending my way. Anyway, K is an interesting action thriller that explores a world where the division of kings is absolute and is an interpretation of modern day gang violence. There is plenty of chaos and action for the average anime fan, with colorful and well-­animated fight scenes, particularly between HIMURA and SPECTRE FOUR, led by the red and blue kings respectively. Just make sure you pay attention to the first 3 or 4 episodes to get the gist of where their powers come from and some major plot details, or you will get lost.

Despite how cool K looks on the topmost layer, K is an intriguing mess. Like I mentioned above, the main story and plot is very damn confusing if you don’t focus. First off, I am actually bummed that they did not include all of the kings in the first season, as I would have liked to see all of their different duties and how they fit into the plot. Also, while I enjoyed the facets of the red and blue kings that we were able to see, I would have enjoyed knowing more about Gold and Silver as well, despite them being more of background characters this time around. Even interesting and complex characters couldn’t help a convoluted mess of a plot, just making it more complex. Bring on the complexity!