Hey all! It’s time for a different kind of post…how did I become a gamer?

I have been asked this question many different times and I always give a different answer. Recently, a company called Man Crates reached out to me asking about my gaming nostalgia. What items from the past got me into gaming? If you asked Man Crates what they would include in their crate? Plenty of candy, a retro 8-bit NES, and two classic NES games. Now the real question is, what games would I bring? If you would like to grab your own  retro gaming crate, feel free to pick one up here. Retro Gamer Crate.

Now everyone has that exact moment when they become a gamer and get swept up in their own little world or magic and wonder. Alright that last part was a stretch, but you get the idea.

For those of you that have followed my initial gaming adventures here or have continued over at Nerd Bacon, you know that I am a hugely ridiculous fan of RPGs. If you want to nit-pick, my favorite type is a tactical RPG…but that is beside the point. While my RPG gaming addictions began with Super Mario RPG: Legend of the Seven Stars, it really peaked once I dove head first into the Ogre Battle universe. Well I could personally leave Ogre Battle: March of the Black Queen behind. Tactics Ogre is my game. Easily in my top three favorites of all time. I can’t count how many times I have run throughout the land of Valeria while listening to any number of tracks from Hitoshi Sakimoto’s beautiful score.

When I was younger, one of my favorite modes to play was the training mode. Yes, I know now that I was just grinding through levels, but at that time I didn’t care. Training mode is the only way I could play with an additional player! This most often was my brother, as we were both addicted to the same game (yet I had a better set-up of characters). In training mode, you split your current battalion into two different sides, competing against each other for experience.

On one cloudy afternoon, my brother challenged me to a battle. I needed the experience, so why not? The great thing is that I had an ace up my sleeve, half of my offensive line were skeletons. This was useful since in normal story battles they would draw enemies fire and attacks while my mages and archers would riddle them full of holes. Anyway, the only way to eliminate them is to exorcise them and I controlled the only exorcist as my cleric. The battle ended up in my favor..but at a price. In a fit or rage, my brother smacked me in the mouth with his controller, knocking one of my teeth straight forward. Not out mind you. After traveling to my local dentist, it had to be removed, but the roots were still intact. So what had to be done? The tooth was twisted and twisted until the roots snapped, all without any anesthesia. The good days.

While I still will pop in my original scratched up PSX port of the game into my PS3, I have since moved forward to the newest PSP remake. You never exactly realize how much fixing the little flaws makes a difference. Alright, that is my story and I am sticking to it!

Now who exactly are Man Crates? They’re a company that creates unique gift crates for men that you open with a crowbar, and now they even have a gift card in concrete you have to smash open! I’ll give you fair warning…some disassembly may be required. Their gifts aren’t just limited to gamers though, as they have a wide variety of gifts for the foodie, grillmaster, or alcoholic (oh I’m sorry, “Potent Potables Connoisseur”) in your family. Thank you Man Crates for convincing me to take some time out of my busy week and tell me story. 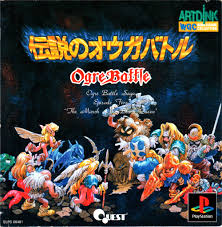 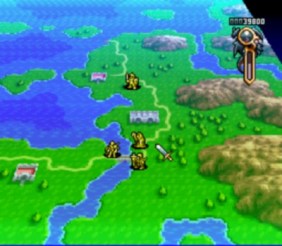